Behind every man is an encouraging lady, which is a great thing -- all things considered, if it isn't for the wrong purpose.

By this, we meant "sparking the fire" when it comes to the dreaded Road Rage.

What you're about to watch may make you laugh, and at the same time, wanna slap the woman recording this video.

So men being men, with their egos higher than the Petronas Twin Towers, would often be seen flexing their muscles when coming across an asshat of a driver.

With anger high in the air, the last thing any guy needs is a "spark fuel"...like this guy's wife, who was shouting some pretty racist shit in the background.

To make matters worse, could you hear the couple's baby crying at the back?

Like...what kinda example are you setting for your kids man??

I'm not saying the Chinese guy is in the right, cause he definitely contributed to the issue...but for the Malay guy to shout "lu memang mati punya" to the other guy in front of his kid -- damn that's bad parenting.

It takes a bigger man to practice self-control and react in a more positive way, than to come out of the car and fight.

End of the day, you've embarrassed yourself, your family, and your ego -- especially if you lose...not to mention the bruises. 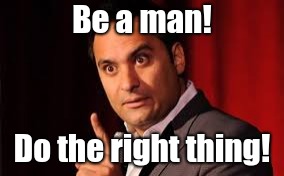